A BRIDGE workshop on gender equality and access to the electoral process was held in San Salvador from September 19 to 21, 2022. This workshop was aimed at electoral staff of the Supreme Electoral Tribunal (TSE) and was organized by IFES with USAID support. A total of 23 electoral officials participated in the workshop, including the highest electoral authority, Dora Esmeralda Martínez as the President Magistrate, as well as other magistrates, directors, technicians and advisors to the electoral management body. The facilitation team was formed by Lluís Juan Rodríguez, Lourdes González, Amilcar Claros and Cynthia Figueredo.

During this three-day workshop, participants exchanged and shared experiences on the work that has been done to promote gender equality and inclusion in electoral management. Some of the topics addressed during the workshop included international human rights principles; concepts around sex and gender; sexual and gender diversity; electoral cycle and relevant stakeholders; participation of indigenous peoples, women and youth; and strategic planning to promote inclusion within the electoral management body.

The workshop allowed participants to understand how EMBs are responsible for promoting the participation of underrepresented population groups, and they could explore a wide range of strategies and policies that can be carried out. This learning process contributed to capacity building and to the institutional strengthening of the TSE. Participants stated that their expectations were met, in accordance with the learning outcomes, and they affirmed that the BRIDGE methodology contributed to team-building within the EMB.

As a result of this workshop, participants issued a number of recommendations for the consideration of the TSE, as follows:

2. Mainstream gender equality and inclusion of underrepresented groups in the daily work of the TSE.

5. Strengthen the TSE units in charge of the political participation of women and other underrepresented groups, with training, technical assistance and additional resources.

6. Establish TSE projects and programs to promote the participation of women and other underrepresented groups in political and electoral processes. 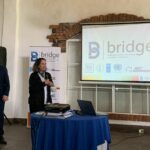