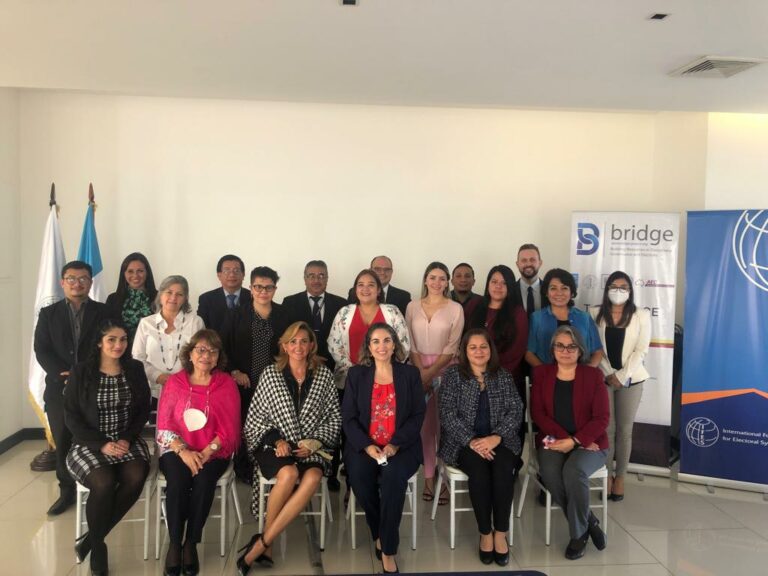 This workshop dealt with international good practice and human rights instruments for political participation, with a particular focus on the inclusion of women, youth, indigenous peoples, persons with disabilities and LGBTI+ persons. During the workshop, national experts Emerson Salguero and Alvaro Pop gave a presentation on youth political participation and the rights of indigenous peoples in the electoral process, respectively. Another key aspect of the workshop was the participants’ discussion on traditional roles and stereotypes generally attributed to men and women, as well as strategies to overcome gender gaps and discrimination against women in the electoral process. Furthermore, participants got familiar with gender and sexual diversity concepts, and the barriers commonly faced by LGBTI+ persons to exercize their political rights. Participants shared experiences on EMB-led initiatives to promote the participation and rights of women and other underrepresented groups, and engaged in a strategic planning exercise to explore actions in favour of gender equality and electoral inclusion.

At the end of the workshop, participants had the opportunity to express their views and share their opinions on the training. They showed commitment to engage with TSE-led initiatives to foster the participation of women and other underrepresented groups, and they agreed on the fact that this workshop had been an excellent opportunity to learn about new ideas and transform their own mentalities in a positive manner so that, as far as they are concerned, no one is left behind.

– “I learnt about people with disabilities, the barriers they face to participate in the electoral process, and the need to guarantee accessibility in polling stations and other places. Despite our efforts, there is still a lot of work to do.”

– “I am very grateful for this workshop. I got familiar gender and sexual diversity concepts and I understand that as an EMB official I have the duty to promote everyone’s participation without discrimination.”

– “We need to be aware about all the difficulties that we women face to exercize our political rights and fight against electoral violence against women.” 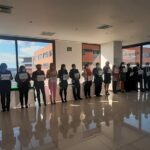