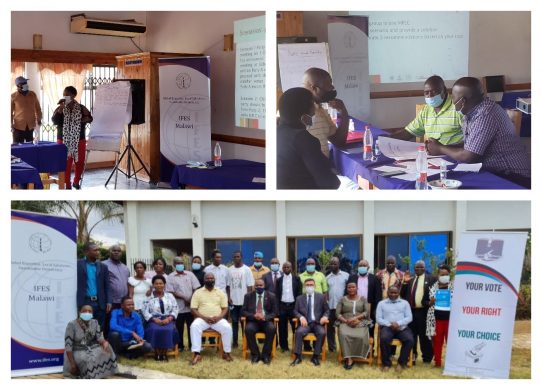 Malawi Electoral Commission (MEC) with support from the International Foundation of Electoral Systems (IFES) through the funding provided by USAID in frames of the Malawi Electoral Integrity Program, organized two half day BRIDGE workshops on Election Dispute Resolution for the Multi-Party Liaison Committees (MLPCs). The workshops took place in Mzimba on 13 October and Nkhotakota on 15 October. Due to a busy schedule of the local stakeholders the workshop in Dedza planned on 18 October has been canceled. The workshops were part of the capacity building program for MPLCs in three constituencies holding elections on 26 of October: Nkhotakota North East constituency, Dedza Central East constituency and Mzimba East constituency.

In total, two workshops were attended by 56 representatives (44 male/12 female) of the political parties, civil society, local government and district election officials. The workshops focused on the Alternative Dispute Resolution principles and mechanisms. Participants learned about the types of electoral disputes and role of election dispute resolution system in making elections credible and genuine. During the workshop participants were also able to practice Alternative Dispute Resolution through a small group discussions of the dispute scenarios and elaborate practical recommendations, which can be used by MPLCs during the campaigning period, on election day and after the close of polls.

The workshop was highly appreciated by the participants. Interactive session that engaged participants in discussions and had practical implications were considered most useful and enjoyable. Participants were of the opinion that such workshop should be conducted by MEC on the continuous basis and have additional sessions targeting different aspects of Alternative Dispute Resolution. 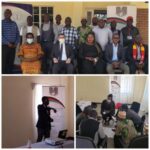