Tunis, Media and Elections workshop, preparation for elections in Libya, IDEA and IFES

International IDEA in partnership with IFES Libya organized a BRIDGE workshop on Media and Elections from 6 to 8 April 2021 in Tunis. The audience was composed of 23 participants representing professors from different media and journalism faculties in Libya, journalists, and representatives of the High National Election Commission (HNEC) and the Central Committee for Municipal Council Elections (CCMCE).

This workshop took place in a new electoral context in Libya where elections are expected to be held by the end of 2021. To this end, the content has been adapted to the needs of participants to ensure a professional media coverage of the upcoming elections.

The workshop was led by Ms. Emna Zghonda (Accrediting Facilitator) and Mr. Sabri Sonki (Workshop Facilitator) and was held in face-to-face mode, respecting all sanitary measures. The team of facilitators was reinforced by the presence of a high-level journalist Mr. Cheker Besbes as a resource person. His insights as an expert journalist in media coverage of elections complemented the facilitators’ electoral perspective. Besides, Ms. Radhia Saidi, Commissioner of the Tunisian Independent High Authority for Audiovisual Communication, presented the Tunisian experience in monitoring the media during the various electoral processes and the related challenges. A high-level exchange occurred on the legal framework governing the media in Libya.

During the three days’ workshop, participants leaned about the different roles of media during coverage of elections. The first day was an introduction to elections and the institutional framework governing elections in Libya. The second day focused on the role of the media in elections, principles and ethics of election coverage, and women’s access to the electoral process. The third day was devoted to the challenges related to the proliferation of social networks in elections. Participants also produced proposals for a code of conduct for the media and produced simulations of media coverage of an election. The session dedicated to simulations was very creative and reflected a good assimilation of the first two days’ knowledge.

Participants expressed in the evaluation forms their satisfaction with the combination of theoretical and practical aspects of media coverage of the elections as well as the relationship between the EMB and journalists. EMB representatives were able to explain the relationship between the media and EMBs. HNEC chairman, who attended the opening session, voiced key messages that were discussed during the workshop. He stressed the role of the media in raising awareness, preparing for a favourable and peaceful electoral environment. He also insisted on the role of the media in circumventing fake news and hate speech. He also announced the organization of a national conference on media and elections, which the coordinator was able to attend.

The combination between facilitators and resource persons added value to the workshop by highlighting experiences, challenges and successes that come from reality and the field. The complementarity between the electoral and journalistic backgrounds worked well and very interesting debates took place during the workshop.

The workshop received media coverage and the Facebook pages of HNEC, the HNEC’ Media and Elections Conference and International IDEA published posts about the event. 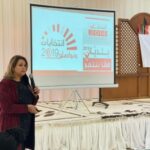 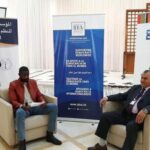 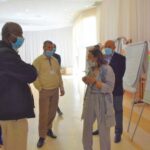 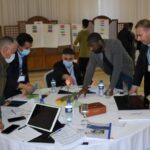