First BRIDGE Train the Facilitator (TtF) workshop in Ethiopia aimed at equipping various electoral stakeholders’ core trainers with the facilitation techniques and skills (the needs of which was identified as a result of 2021 post-electoral lessons-learned exercise). UN Women has previously facilitated BRIDGE workshops on Gender Equality and Elections for a range of stakeholders (including NEBE, CSOs, media, EHRC, women candidates and political parties). Feedback from these workshops were very positive and triggered the interest to enable BRIDGE facilitation experience and skills to promote inclusive electoral processes through capacity development.

During the opening participants were welcomed by the UNDP Ethiopia SEEDS Project CTA Katherine Green and Ato Fikire, the NEBE Board member. The participants were then taken through the key components of the facilitation techniques and qualities, before pairing them up to present existing BRIDGE session/activity. During the days three and four, pairs presented the assigned tasks and have received the feedback highlighting the skills and techniques used as well as suggestions for improvement. On day five, participants have evaluated the experience of the first paired presentation, which was a major outcome of the first week. Participants were explained curriculum writing skills and paired up to write/customize an activity based on the assigned key understandings and the learning outcomes. On day six, pairs have swapped the customized activities and prepared/conducted the session prepared by another pair during day seven-nine. Pairs have received the feedback on customization of the session and facilitation skills/techniques. On days nine and ten participants were taken through the steps of planning/implementing BRIDGE and strategizing BRIDGE for the future. The workshop closing ceremony was attended by the NEBE deputy chairperson and UNDP Ethiopia SEEDS Project CTA. At the end of the workshop, participants have received certificates of completing the TtF.

Throughout the workshop participants have enjoyed every session and task. There were concerns regarding the load. Participants have evaluated workshop conduct verbally and through written forms. The mostly pointed out positive feedback was related to the “human-centered approach” that the lead facilitators have been guiding themselves when working with the participants. Below are some of the feedbacks expressed by the participants:

TtF in Ethiopia represents the first steps of further implementing BRIDGE in Ethiopia. There are clear interest and intention on further using BRIDGE as the capacity building tool. 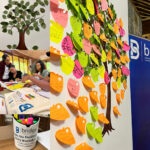 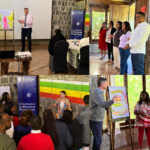 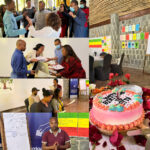 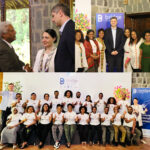